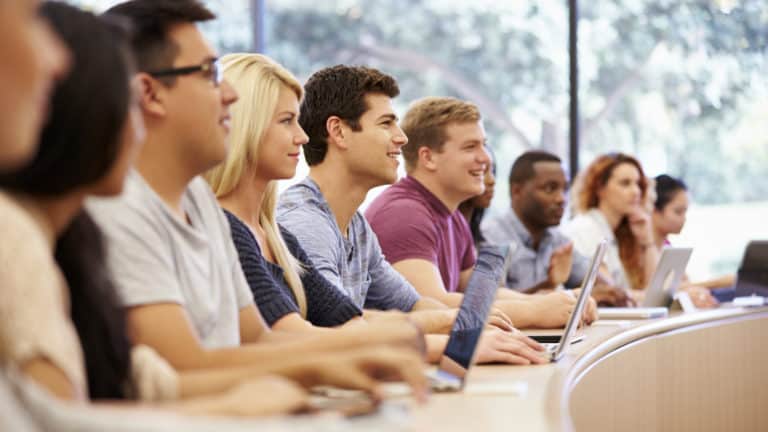 If you’re in high school or have children in high school, you may be thinking about the next steps: post-secondary school. If you live near Toronto or want to move for school, the good news is that there are plenty of great options for colleges in and around Toronto. Here are a few!

Seneca is a great college located throughout Toronto and the Greater Toronto Area. There are seven Seneca campuses with one campus located in King City, one in Markham, one in Newnham, one in Peterborough, one in North York, one Downtown and even one located on the grounds of York University.

Seneca first opened in 1967 to establish an Ontario-wide network of colleges. At the time, the province needed applied learning for arts and technology, so Seneca filled that need.

Throughout all the campuses, there are over 100,000 students. In the Downtown Toronto campus alone, there are 28,000 students, 5,500 of which are international students. Students can obtain a baccalaureate, a diploma, or a certificate depending on the program they enroll in.

One of the benefits of Seneca College is that they have co-op programs and internship opportunities for a lot of their full time and part-time degree programs. This means students can get real-life, first-hand learning experiences in careers that they want to pursue when they graduate.

Each campus has different academic specialties, so picking the right one is important. The Newnham Campus, built-in 1969, is one of the largest college campuses in Canada and is located at Finch Avenue and the Don Valley Parkway. The Newnham Campus has a variety of programs in business, aviation, early childhood education, engineering, liberal arts and information and communications technology. Newnham Campus also has continuing education classes on weekends for older students. If you want to stay on campus, Newnham Campus has a residence with 113 beds available. Recently in 2019, Newnham Campus had a new addition: Seneca’s Centre for Innovation, Technology and Entrepreneurship, making it a great campus for business programs.

The Seneca campus located at York University’s Keele campus is near Steeles Avenue and Keele Street in Toronto. This campus features the School of Creative Arts and Animation, media studies, biological sciences and applied chemistry, English and liberal studies and information and communications technology.

Seneca’s Markham Campus is located in Markham off Highway 404. It opened in 2005 and was the first post-secondary education facility in Markham. This campus focuses on business, marketing, tourism, finance, human resources and information technology services.

The Yorkgate Campus is located in North York and has been opened since the 1990s. This campus is unique as it has academic upgrading services for social service workers, practical nurses and personal support workers. The campus is also an outreach center for the Jane and Finch community, offering a literacy and basic skills program.

Lastly, the newest campus is Seneca Downtown, opened in 2019. This campus has plenty of full time, part-time, and online classes. Overall, Seneca is quite versatile with their program offerings, making sure that many different students can find a home there.

Humber College, formally known as The Humber Institute of Technology and Advanced Learning, has been around since 1967. The college has three campuses: Humber North in northwest Toronto, Humber Lakeshore located at Kipling and Lakeshore in Toronto and a campus in Orangeville. The three campuses have 27,500 students, 56,000 continuing education registrants, 2,000 apprentices and 3,000 of these students are international coming from 100 different countries.

Humber College receives more applications than any Ontario College, around 65,000 on average. This may be because Humber offers 170 programs and students can obtain a Bachelor’s degree, diploma, certificate, post-graduate certificate or complete an apprenticeship. With over 40 different areas of study, there is something for everyone at Humber!

Humber College also has specialized institutions like the Fashion Institute in Toronto that host programs like Cosmetics Management, Esthetician/Spa Management, Fashion Arts and Fashion Management. The Humber Arboretum is also a notable institution as it is both a botanic garden and a classroom. It provides horticultural students with a place to research and have an outdoor classroom. Humber also has a center called the Barret Centre for Technology Innovation where students can learn about automation, robotics, and systems integration.

One thing that draws a lot of students into Humber is their apprenticeship program. Apprenticeships give students the chance to learn skilled trades in a hands-on way. Some of the apprenticeships available are arborist, baker, cook, plumber, and electrician. Apprenticeships combine traditional, in-school training with technical learning to produce great results. The programs also help students find a job once graduating, so it is a great option for students interested in these programs.

Humber College also offers plenty of other programs in many other sectors like finance, business, arts and hospitality. With so many options of programs and classes, Humber College is a great choice for prospective students. 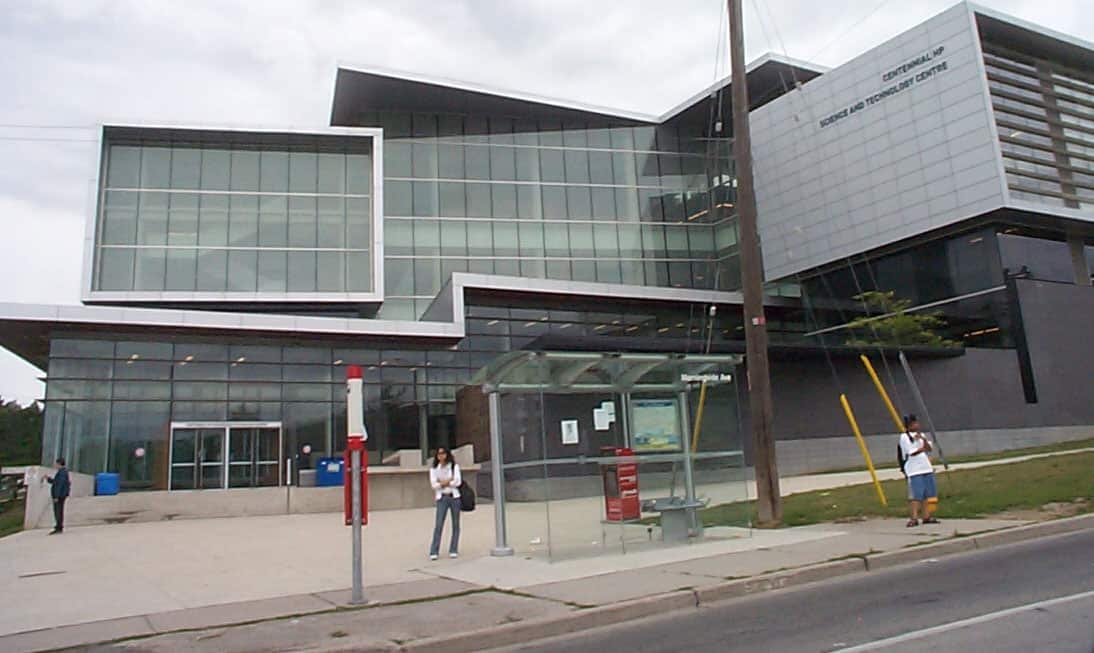 Centennial College has multiple campuses, one in Scarborough, Toronto called Morningside Campus which opened in 2004. This campus hosts joint programs with the University of Toronto Scarborough Campus. Some of these programs include biotechnology, massage therapy pharmacy technology, architectural technology, environmental technology and paramedics.

The next campus is also located in Scarborough called Progress Campus. Progress Campus is Centennial College’s largest campus. Programs here are more focused on computer science and technology, business and hospitality. The campus has a student restaurant called The Local where hospitality and culinary arts students work to practice their cooking skills.

A third Scarborough campus is called Ashtonbee Campus and it is one of the largest transportation technology training centers in North America. It houses programs like automotive services technician, motive power technician, auto body repair technician and also general arts and science programs. The campus also has a newly renovated library that won an award in the Ontario Association of Architects Awards Design Excellence division in 2017.

Outside of Scarborough, there is a campus in Danforth called Story Arts Centre which opened in 1996. This campus has Centennial College’s School of Communications, Media, Arts and Design. Here, programs like advertising, digital animation, game design, theatre arts, dance performing and public relations are offered. An interesting fact about the Story Arts Centre is that it was used as the filming location for the Canadian television drama Degrassi High in the 1990s.

In 2019, Centennial College built a $72 million campus called the Downsview Aerospace Hub. The campus is a training and research facility for students in the college’s aviation and aerospace programs.

Centennial College also launched the first Canadian college to deliver Canadian education in China called Suzhou Centennial College. While this college is not in Toronto, it is important to note because it shows that Centennial College is successful enough to expand into other countries. The college provides Canadian credentials in programs like accounting, finance, business foundations and software engineering.

Centennial is another great choice for college as they have a lot of great, specialized programs in more than 100 fields of study. Centennial College also emphasizes experiential learning with paid co-op programs and industry placements. This will help graduates find a job after graduation as they will have prior experience. 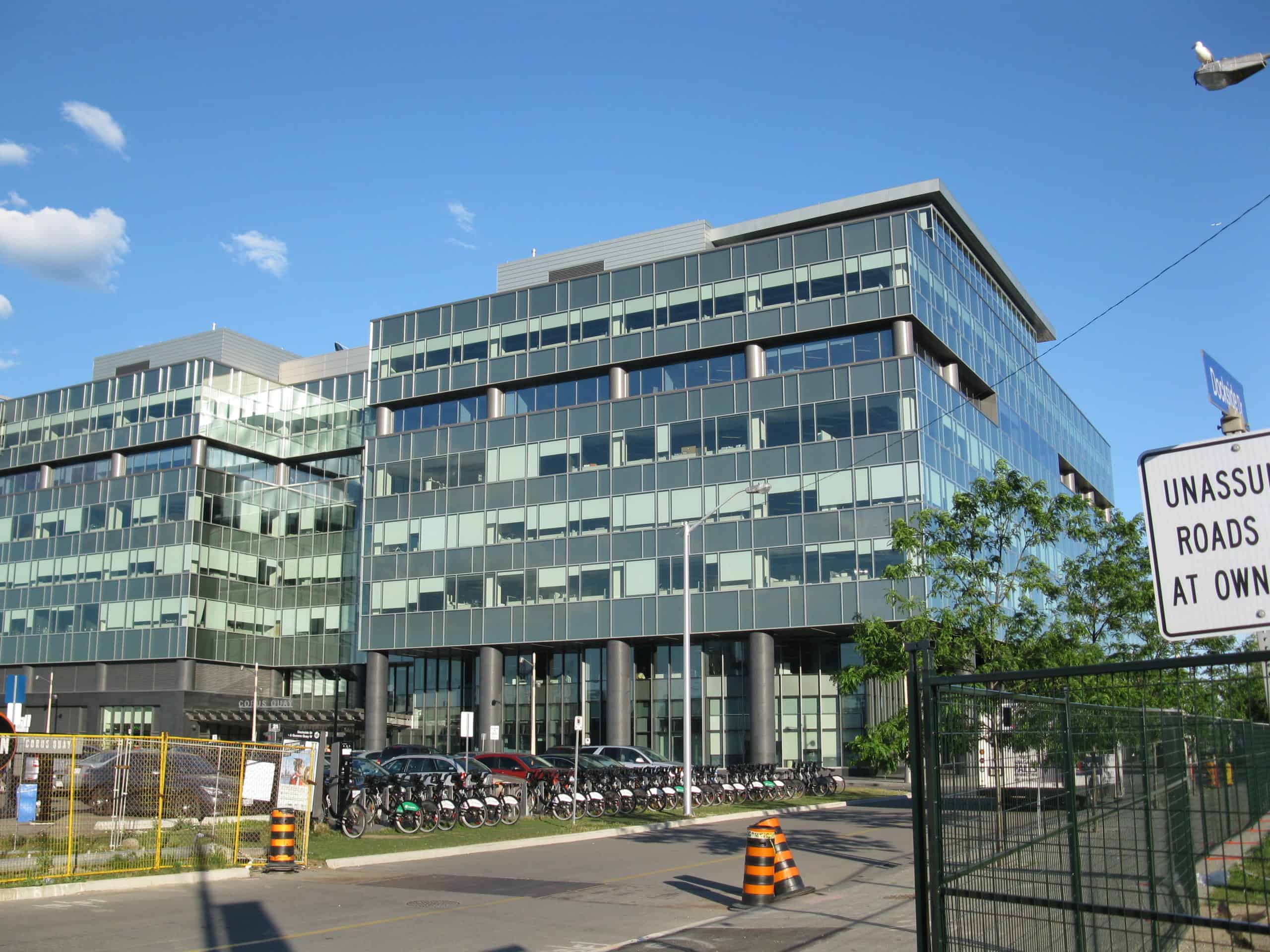 The next campus is the St. James Campus which also consists of five buildings, but is located Downtown Toronto along King Street East. This campus hosts the financial services program, human resources, marketing deaf and blind studies creative arts, business administration and the center for hospitality and culinary arts which is where the popular chef school is located.

Next up is the Waterfront Campus located near Queens Quay in Toronto. This campus hosts different schools like the School of Dental Health, the School of Health Services Management and the School of Design. The School of Design is a state of the art design school with a virtual reality lab, a testing lab, incubators, prototyping workshop spaces and design showcase spaces. It is a great campus and school for students looking to get into design.

George Brown also has a building in the Ryerson University campus on Gerrard Street. The Sally Horsfall Eaton building is home to the School of Early Childhood Educators for students in the early childhood assistant, early childhood education or activation coordinator programs at George Brown College.

The last school is the Theatre School at the Young Centre for the Performing Arts in Toronto’s Distillery District. It hosts George Brown College’s theatre arts program where shows are often put on.

Since many of George Brown College’s campuses are located in Downtown Toronto, the school is a great choice for those who live in the city or would like to live downtown. The school offers a great variety of programs, so there is something for everybody.

Ultimately, choosing a college can be tough and as you can see from this list, there are plenty of benefits to each school. Try to start by choosing a program or field of study, then see which colleges offer that program and apply there. When you apply to college in Ontario, your application fee allows you to apply to five different programs while only three can be used for any one college. Essentially this means you could apply to all four of these schools if you wanted to see which one you get into. With so many different programs at each college, you have an endless amount of possibilities!

James is a writer based in Ontario who has a background in IT. In his free time, he loves to travel, swim and make a positive difference in the world.
Posts created 94