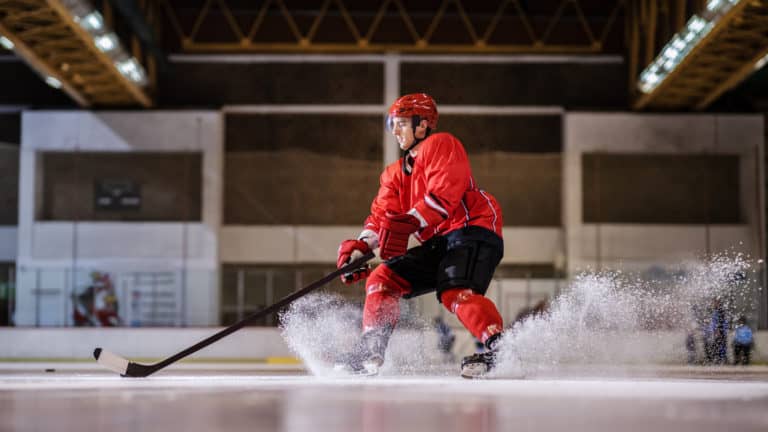 Canada is a hotspot for sporting activity, with more than 100 sports currently being played in the country. When it comes to playing and watching sports in Canada, some sports in particular rank high in popularity. 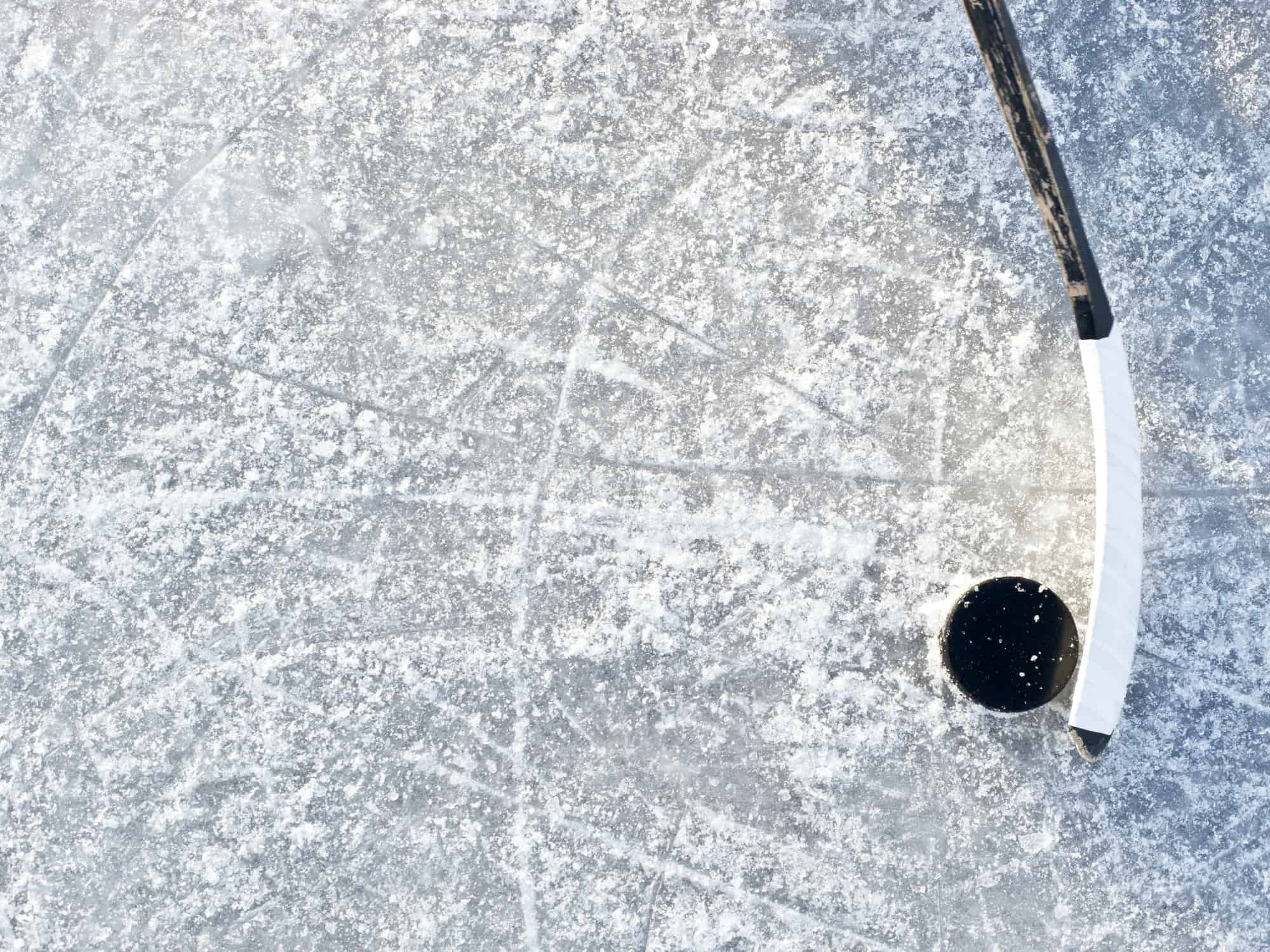 When you think of Canada, the first sport that comes to mind is ice hockey. Canada is known for its live ice hockey games, with an incredible atmosphere that rivals the football experience in the UK. It is played at all levels, with children as young as two and three taking to the ice with a puck, a stick, and the proper protective gear.

Though ice hockey is played in Canada year-round, it is the country’s official winter sport, and that is when things get serious. The sport receives great interest nationwide, and many Canadians devotedly support their team for life. Many NHL players and players for high-level ice hockey teams all over the world are Canadian born. The sport is, in some ways, said to have been “birthed” in Canada, and though we know that ice hockey originated in Northern America, there is little evidence to pinpoint exactly where.

The first game of ice hockey was, of course, played in Canada, on March 3, 1875. It was the characteristics of the game, including the length of the ice rink and the use of the puck, that we know to be ice hockey characteristics today. The first-ever organized ice hockey team, the McGill University Hockey Club, was formed in 1879. The team played their first game on January 31, 1877, though the first “World Championship” did not take place until a few years later, in 1883.

Interestingly, in the early days, ice hockey was mostly played outdoors, on patches of natural ice. But as interest for the sport started to grow, it was not long before proper ice rinks were developed specifically for the game. By 1885, ice hockey was being played in Vienna, and several years later, the enthusiasm for the sport had spread all across Europe.

Nowadays, Canada has seven teams playing in the NHL and organizes a number of its own ice hockey leagues at a semi-professional level. If you visit Canada, be sure to do so in the ice hockey season, as watching a live match is an unforgettable experience. 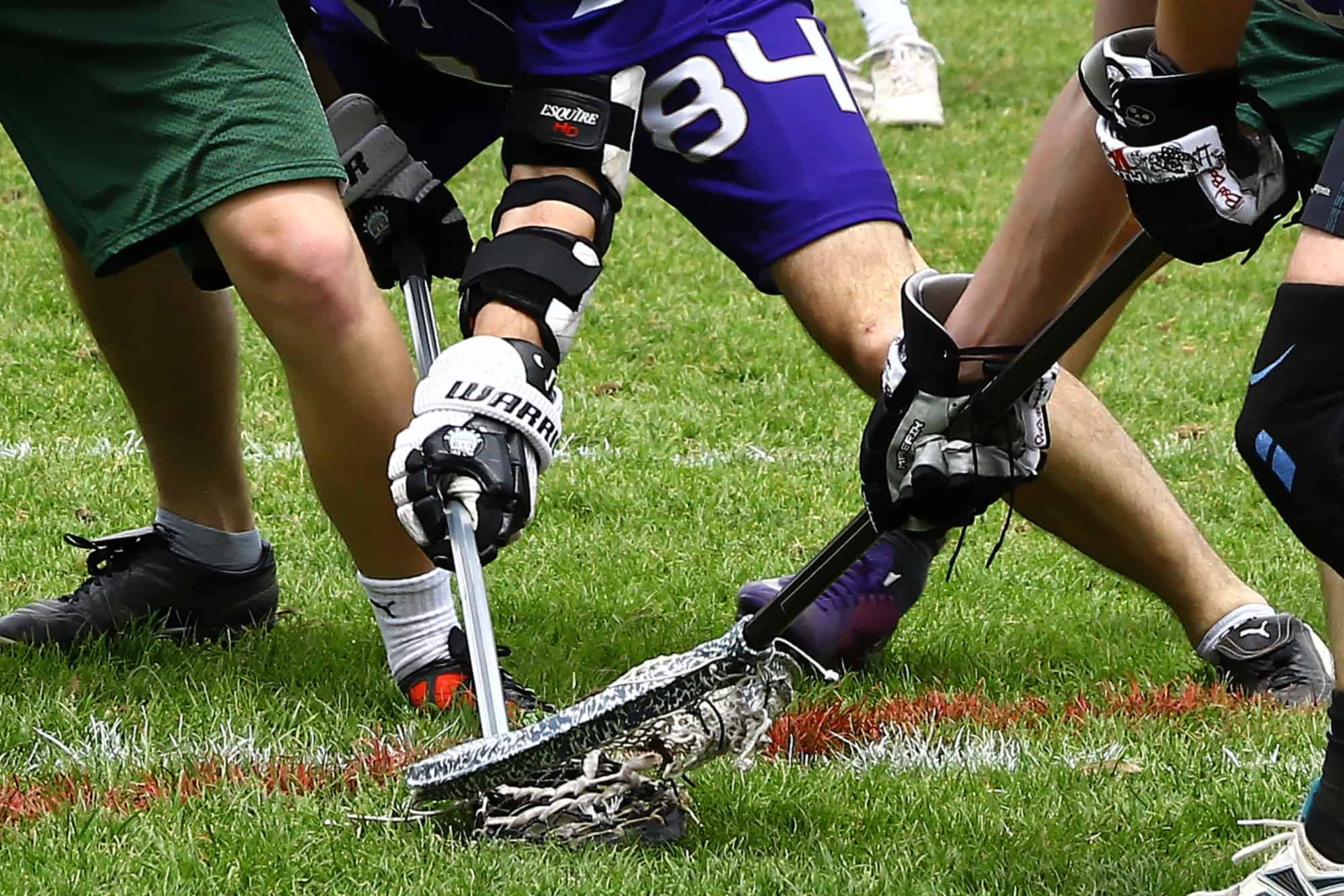 Lacrosse is another sport that is believed to have Canadian roots. Between 1959 and 1994, lacrosse was known as Canada’s de facto national sport (it has now been replaced by ice hockey). The sport was, and is, incredibly popular throughout Canada, both to play and to watch. It is thought that the first game of lacrosse originated way back to the indigenous times. It had several names over that period of time, including “tewaarathon” and “baggataway”, but it was the French settlers who titled it the name we know now, lacrosse. The French thought the lacrosse stick looked a bit like a bishop’s crozier, which translates to “crosse” in French. And so “lacrosse” literally translates to “the crozier”.

It took until the 1800s for lacrosse to really take off in Montreal. That is when people started to play the sport competitively, and dentist, patriot and “father of lacrosse” William George Beers wrote out an informative leaflet that detailed exactly how to play the game. Around this time, the ball, which was made from deerskin, was replaced with the hard rubber ball we know today.

Lacrosse became Canada’s de facto national sport for decades, and at one point, it was the most dominant sport in the country. There are now four types of lacrosse: men’s field, women’s field, box and inter-lacrosse. In Canada, box lacrosse is still the most popular type played today, while other parts of the world, including America, prefer the field.

Currently, Lacrosse is Canada’s national summer sport, while ice hockey is the country’s national winter sport. The sport is governed by the Canadian Lacrosse Association, which was formed in 1867. The two professional leagues in the country are National Lacrosse League for box lacrosse and the Major League Lacrosse for field lacrosse. 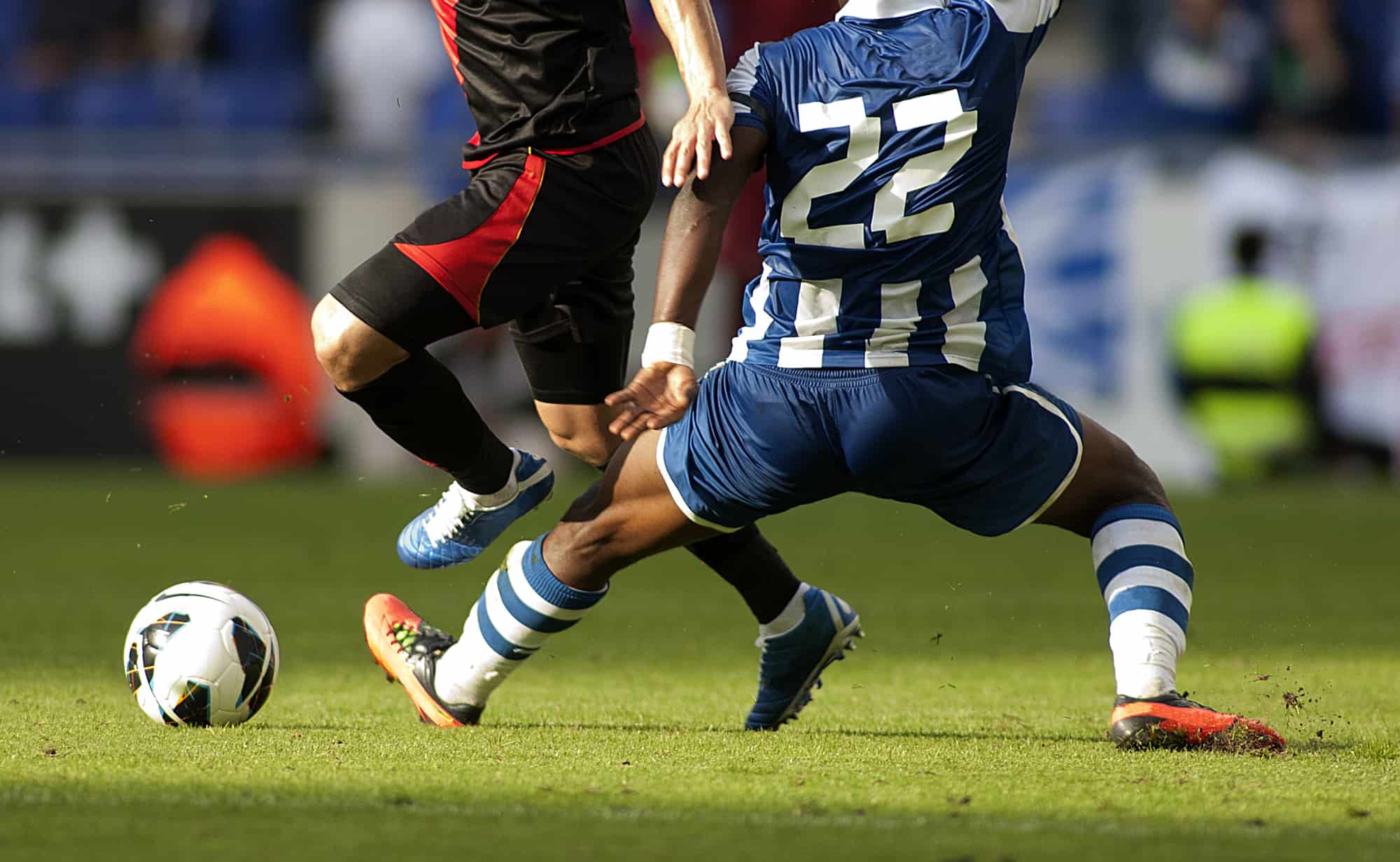 While soccer did not start out as a popular Canadian sport, it has really taken off in recent years. Perhaps this had something to do with the worldwide “football fever” of our current times – soccer is pretty difficult to ignore.

Canada’s first-ever soccer game took place in Toronto in October 1859 between two teams, St. George’s Society and a team of Irishmen. The Dominion Football Association was then formed in 1877, as the first soccer association to exist outside of the British Isles. Over the years, as soccer became a more internationally recognized sport, Canada’s soccer teams began to play games within the country and in America. The first-ever Ontario Cup, a popular tournament between local teams based in Ontario, took place in 1901.

It took until 1910 for the first-ever professional game to be played in Canada, which involved the Rovers and the Callies. Since then, soccer has taken over the country, with Canadians loving to play it as much as they do watch it. Soccer is now the most popular sport in Canada in terms of the participation rate. It was reported by FIFA than more than 2 million people played the sport in Canada in 2017. Although ice hockey remains the country’s national sport, the 1980s and the 1990s saw soccer take over ice hockey as the sport with the most registered players.

Canada currently has its own men’s national soccer team, which competes in the FIFA World Cup qualifiers every 4 years. The team is currently lead by John Herdman and will be participating in qualification for the 2022 FIFA World Cup held in Qatar. 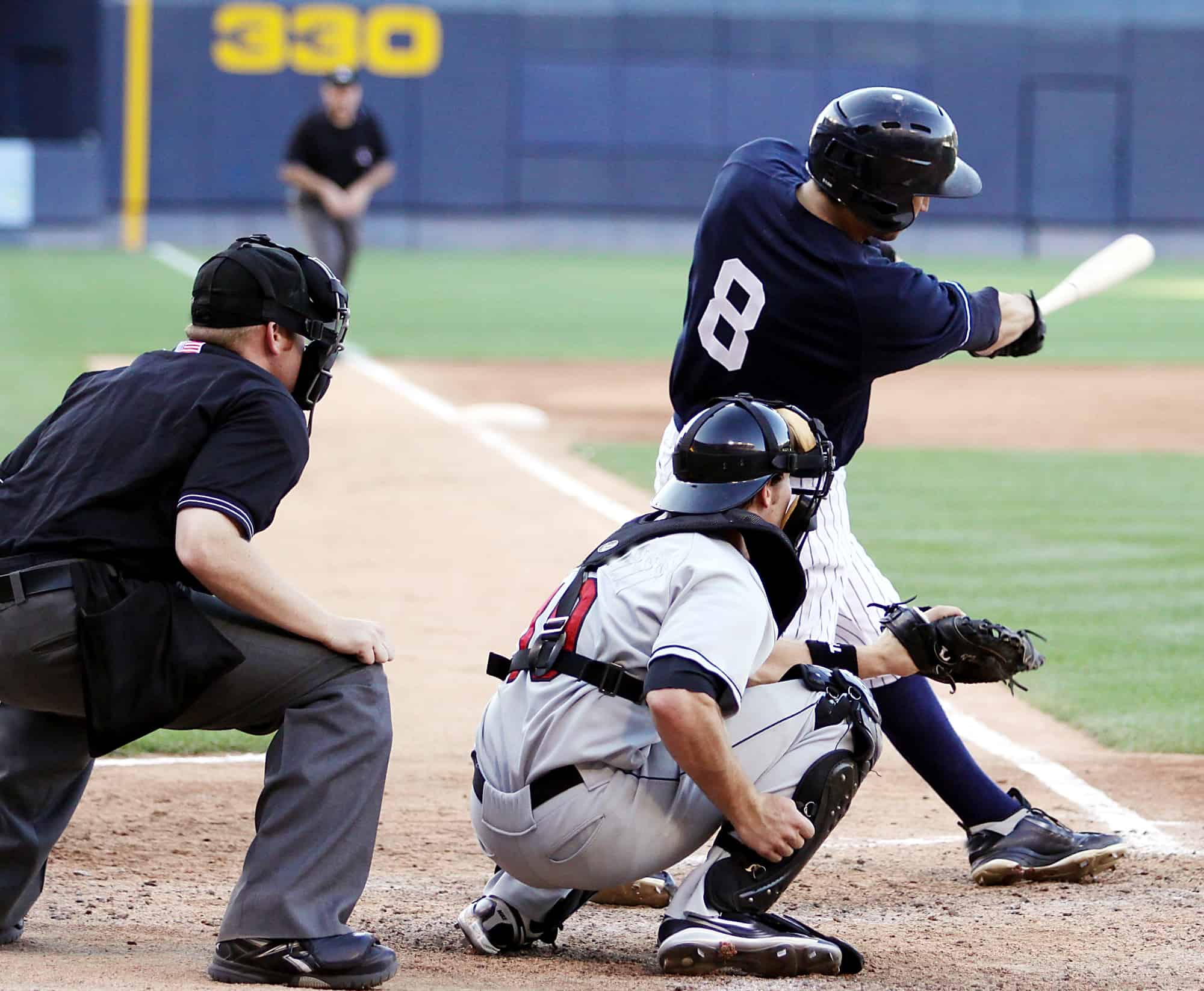 Baseball has been a known sport in Canada since 1838, though it was not until the nineteenth century that the sport, known as “townball” back then, became popular. Baseball was adapted by rounders, a British game, and, in part, cricket.

At the moment, Canada has just one major-league team, the Toronto Blue Jays. This team played its first-ever season in 1977. With that said, if you look beyond the bigger leagues, there is a lot more to Canada’s baseball history that proves the country’s love of the sport has run over two centuries.

According to legend, Canada helped to invent the baseball game. While it is not possible to historically assert baseball’s origins for definite, new evidence suggests that it was not invented in Cooperstown, New York and that the first near-baseball game was played in Canada. This game, which was very similar to baseball, was played in Beachville, Ontario, in 1838. The game’s rules were slightly different, but it was a nod to baseball all the same. What is interesting about this game is the date it was played – seven years before the supposed first-ever game of baseball was played in Hoboken, New Jersey.

Baseball today is widely played all over Canada, but America did not include a Canadian team in their major leagues until 1969. It was in 1977 that the Toronto Blue Jays joined the American League, and went on to win the World Series in 1992 and 1993. Though it is a popular Canadian sport, baseball is not commonly played in the country’s schools or universities. This led to the development of junior leagues, which have been played for several decades now. 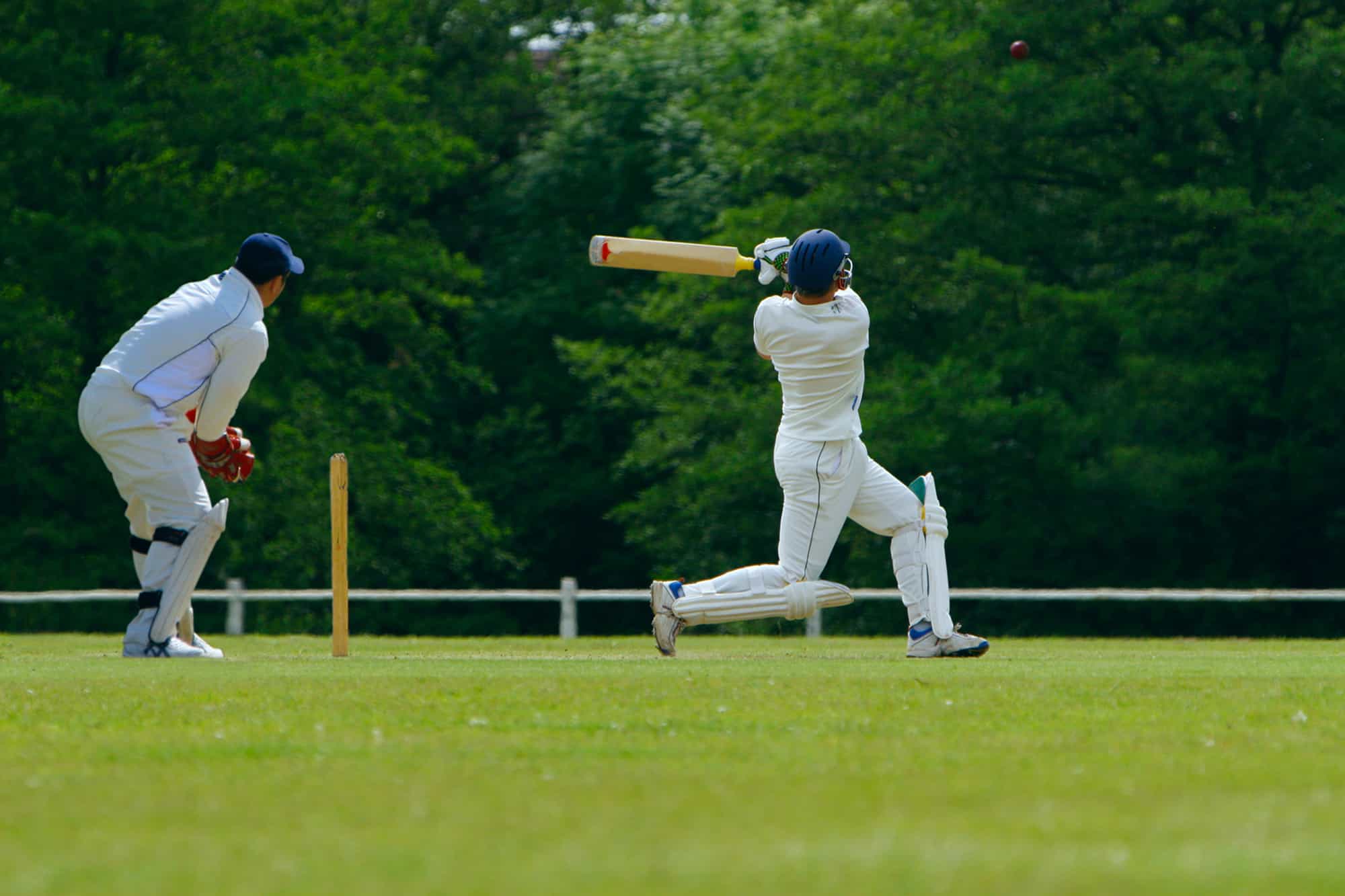 One of the sports that has more recently gained popularity in Canada is cricket. While the sport is still more common in countries such as India, Australia and South Africa, it is gradually becoming more frequently played and enjoyed sport in other areas of the world, Canada included.

You might assume that cricket was never really a “thing” in Canada until recent years, but that would be incorrect. Records show that cricket was played as early as the 1700s by the British Army and the Royal Navy, who most likely brought the sport into Canada from their home countries. The first-ever civilian match to be documented in Canada was played at Ile-Ste-Helene, near Montreal, in 1785.

Not many people know that Canada’s first prime minister, Sir John A. Macdonald, declared cricket as a national sport in 1867. While the sport is not as nationally renowned as, say, ice hockey, it saw a resurgence of popularity in 2018, when the Twenty20 league was hosted in Toronto. One of the biggest issues with playing cricket in Canada is the country’s weather conditions. When it is common for the land to freeze for over half od a given year, there are some challenges when it comes to grounds maintenance and safe play.

Despite difficult conditions, Canada still has its own governing body for cricket, Cricket Canada, which is recognized by the Government of Canada and the Canadian Olympic Committee. It manages the country’s national men’s and women’s teams, plus several youth teams at differing levels, as well as running several development programmes throughout the country.